Located in North Bay, a 50 minute flight from Toronto, Post-Production at Canadore is the most modern post production facility of its kind in Ontario.

Offering its services to regional, provincial, national and international production companies, Post Production at Canadore is uniquely-positioned to educate and offer post production services to the film, television, and video production industry that attract new business and stimulate the film and television sector in Ontario.

“We asked ourselves: Could we possibly create a world-class post-production facility in North Bay?” shares Yuri Monestime, Associate Dean of Media, Canadore College.

Until the creation of Post Production at Canadore, companies that filmed projects in northern Ontario had to head south following production, usually to Toronto, in order to finish their films in post-production.

“In northern Ontario, the film and TV industry is booming and very alive. But because there wasn’t a professional post-production facility in the north, companies would take their northern stimulus funding south and finish post-production. And rightfully so because there was nothing in the north that could accommodate them,” explains Monestime. “We noticed that gap around 4 years ago and started to structure a business case and a model for a post-production facility. We decided to set a new bar for not only northern Ontario or the province, but maybe nationally and even internationally.”

Post Production at Canadore fills that gap by creating both a skilled northern work force and a high-end facility able to accommodate the post-production needs of any film or television project.

Post Production at Canadore is the only full-service post-production facility in northern Ontario. It’s the only college facility with Christie 4K projection. And it’s not only one of just a few in Canada with Dolby Atmos capabilities, but the only one located in an educational setting.

Dolby Atmos® is an immersive surround sound technology that allows filmmakers to precisely place and move sounds anywhere in the cinema, including overhead, so you feel like you’re inside the action.

Educating student filmmakers on Dolby Atmos production tools gives them a leading-edge, since all major Hollywood studios and industry-leading filmmakers embrace the technology.

Not only is the studio used regularly in academic programming, it’s also available for film industry use, for the final steps of film creation prior to production release.

“We had a really great experience at the Christie plant in Kitchener. We got to meet the team who developed the Christie Vive Audio system, and were really impressed by what we saw and heard,” explains Tom Bjelic, owner of Urban Post Production and Canadore College professor. “Next, we visited Cineplex Odeon Queensway Cinemas in Toronto, which has Christie Vive Audio and Dolby Atmos sound technology. The articulation in the low end was fantastic. The detail of all the audio was fantastic. We knew it would be a good fit for our theater.”

“When Urban Post visited Christie in Kitchener, they determined that Christie Vive Audio speakers would definitely meet Dolby’s stringent dynamic headroom requirement for mixing,” adds Quinn Pelletier, tech consultant, Canadore College. “When the folks from Dolby visited our new facility, they were completely blown away by the sound clarity of the Christie system. Christie Vive Audio knocks it out of the park, audio-wise.”

“It was amazing to sit in the new studio with all of these professionals and installers and we went through a first-pass of a movie as a sample of what the room can do and after that played, you could see everyone just looking at one another and smiling, and for me, that kind of said it all,” says Monestime.

“The strongest case for using Christie was that they are a Canadian company, an industry standard, and strongly recommended by our consultants,” explains Monestime. “For example, Christie sent one of their technicians to spend a few days with us to ensure installation and setup was flawless. The quality and timbre of their Vive Audio system is impressive, along with the amazing images from their CP4220 4K projector.”

“The final results of the build far exceeded our expectations. For example, together with Christie technology, the consultant team, the College and the builder, this is one of the best sounding and technically advanced rooms in Canada,” enthuses Monestime. “Everyone from the installer and consultants to the manufacturers are very impressed with the results, both visually and audibly.”

“When you have state-of-the-art facilities, you start seeing incredibly professional results coming out of the student work,” says Bjelic. “And that bodes well for all of the film and film-related programs at the college.” 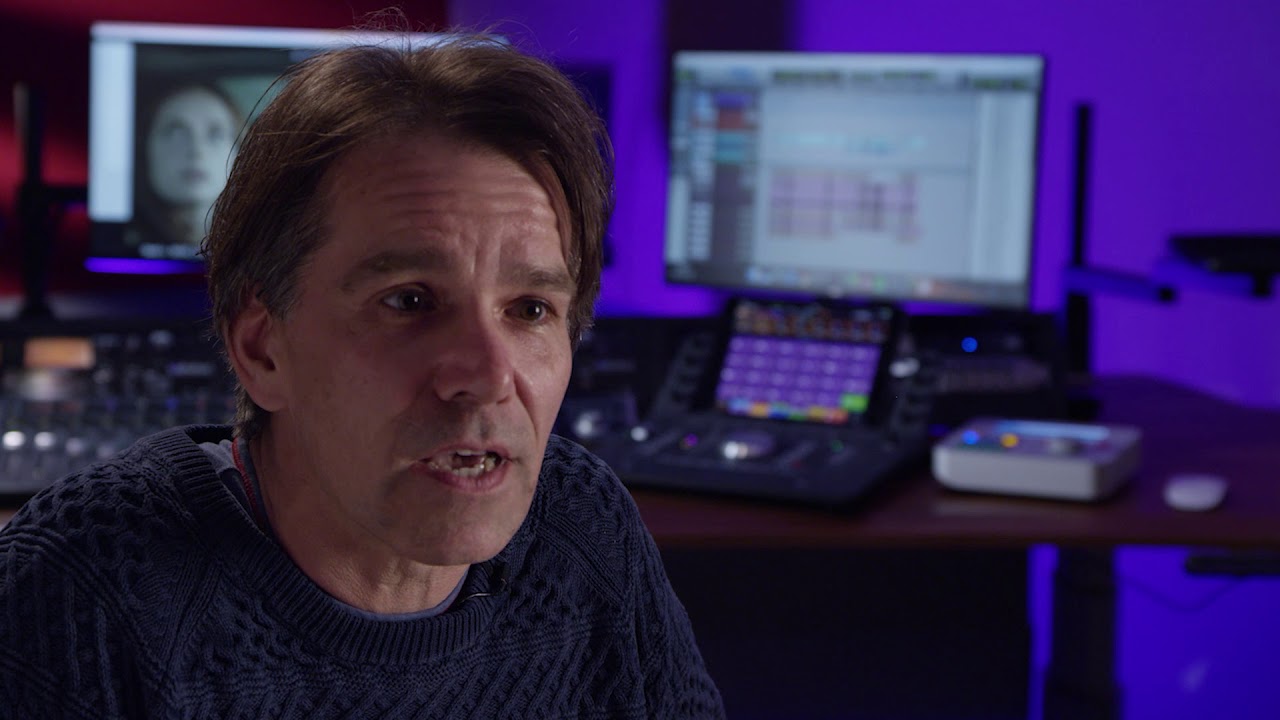